Today, many global automakers are moving in the direction of reducing emissions of harmful substances into the atmosphere, releasing environmentally friendly solutions in the form of all-electric private and public transport. South Korean company Hyundai Motor is not far behind in this direction. The next step in reducing pollution will be the release of a two-story all-electric bus, which the developer presented yesterday at the Land Science and Technology Exhibition, Infrastructure and Technology Fair 2019 (Fair Fair). Now the tribune world offers you the best information. 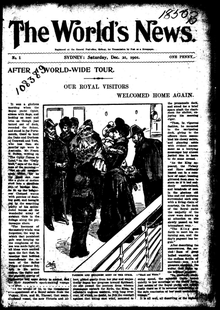 The electric double-decker bus is an environmentally friendly vehicle optimized for modern global environmental trends. This transport will ultimately not only significantly improve the environmental situation in cities but also improve the problem of urban traffic for the better due to its ability to carry significantly more passengers per train compared to regular buses, said Bien Wu Hwan, a Hyundai representative.

The massive double-decker bus with a length of 12.99 meters and a height of 3.99 meters has an independent suspension system on the front axle, which allows increasing the level of comfort while driving. According to official data, the new bus, developed by the company for 18 months, can carry up to 70 passengers. On the first floor, there are 11 seats, on the second 59. Unfortunately, the company does not indicate the number of standing places, but it can be assumed that the potentially South Korean “double-decker” is able to take up to 80 passengers.

In addition to the usual seats on the bus, there is space for two wheelchairs. For the convenience of passengers with disabilities, there is an automatic retractable ramp, and the floor of the bus is quite low relative to the road. The company notes that its engineers have coordinated the operation of the rear wheel control system with a similar system of the front axle, thereby achieving significant optimization of the steering characteristics.

The autonomy of the two-story electric Hyundai bus provides a block of high-performance polymer batteries with water cooling capacity of 384 kWh. According to the manufacturer, the power reserve of an electric bus on one charge can be up to 300 kilometers, and a full battery charge takes only 72 minutes.

The manufacturer also notes in the novelty a number of technologies designed to make it easier for drivers to control this machine:

Regarding the start of production of double-decker electric buses and the timing of the start of their operation, the company, unfortunately, did not specify. Most likely, the first copies of this bus will appear in the cities of South Korea.